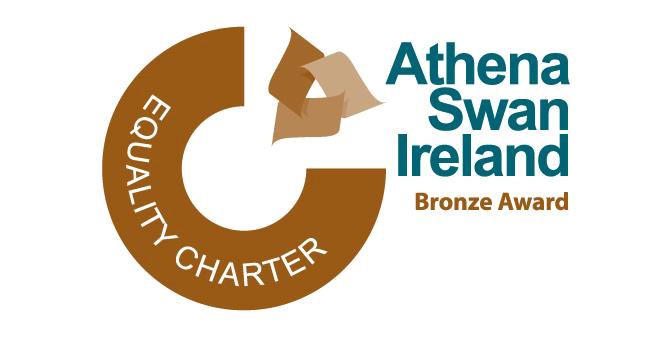 Prof Brereton is a co-director of Climate and Society Research Centre at DCU and a member of the School of Communications. Committed to all aspects of critical media literacy and supporting effective environmental communication, he is a director of ScreenGreening which facilitates the leasing of the Albert Carbon Calculator from the UK which is currently being used by all television and film production in Ireland. His most recent book 'Essential Concepts of Environmental Communication: An A-Z Guide' is just published by Routledge.

Having an environmental background, Mr Wagendorp feels “somehow atypical in the audio-visual sector.” After working as an environmental scientist and policy expert for a federation of reuse companies, he has been the sustainability coordinator at the VAF since March 2017. “My main focus is on VAF-supported film and media productions, but I also raise awareness at other VAF-related areas like at physical cinemas, during the screenwriting process, games, animation and in education. We use the Sustainable Development Goals as a moral compass for our work. We exchange our knowledge as much as possible and play an active role within Green Screen (and EURECA), Cineregio and EFAD.”

Also, on June 8th we hosted three panels presentations, followed by discussions focussing on sustainability approaches in industry, education and the student perspective. 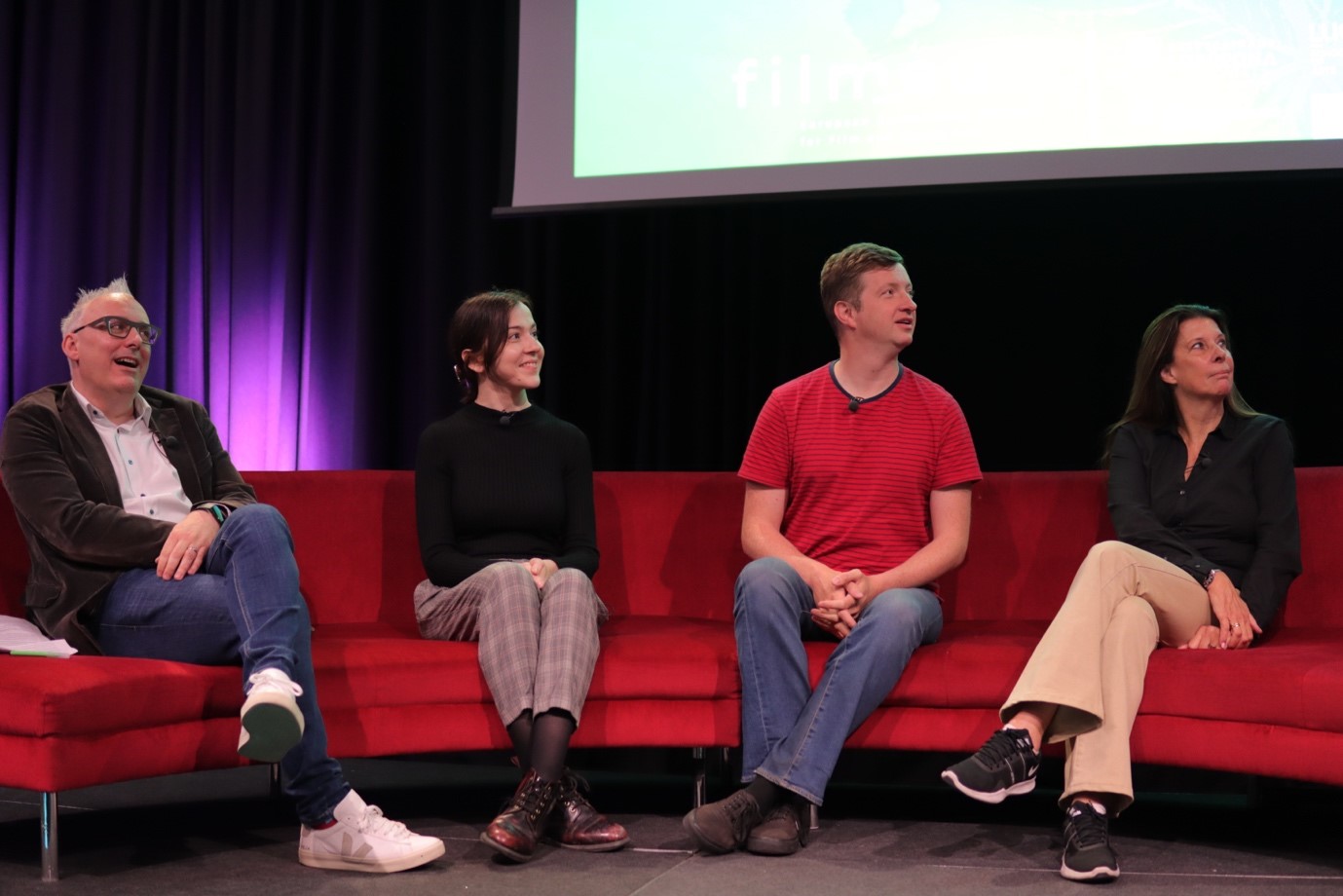 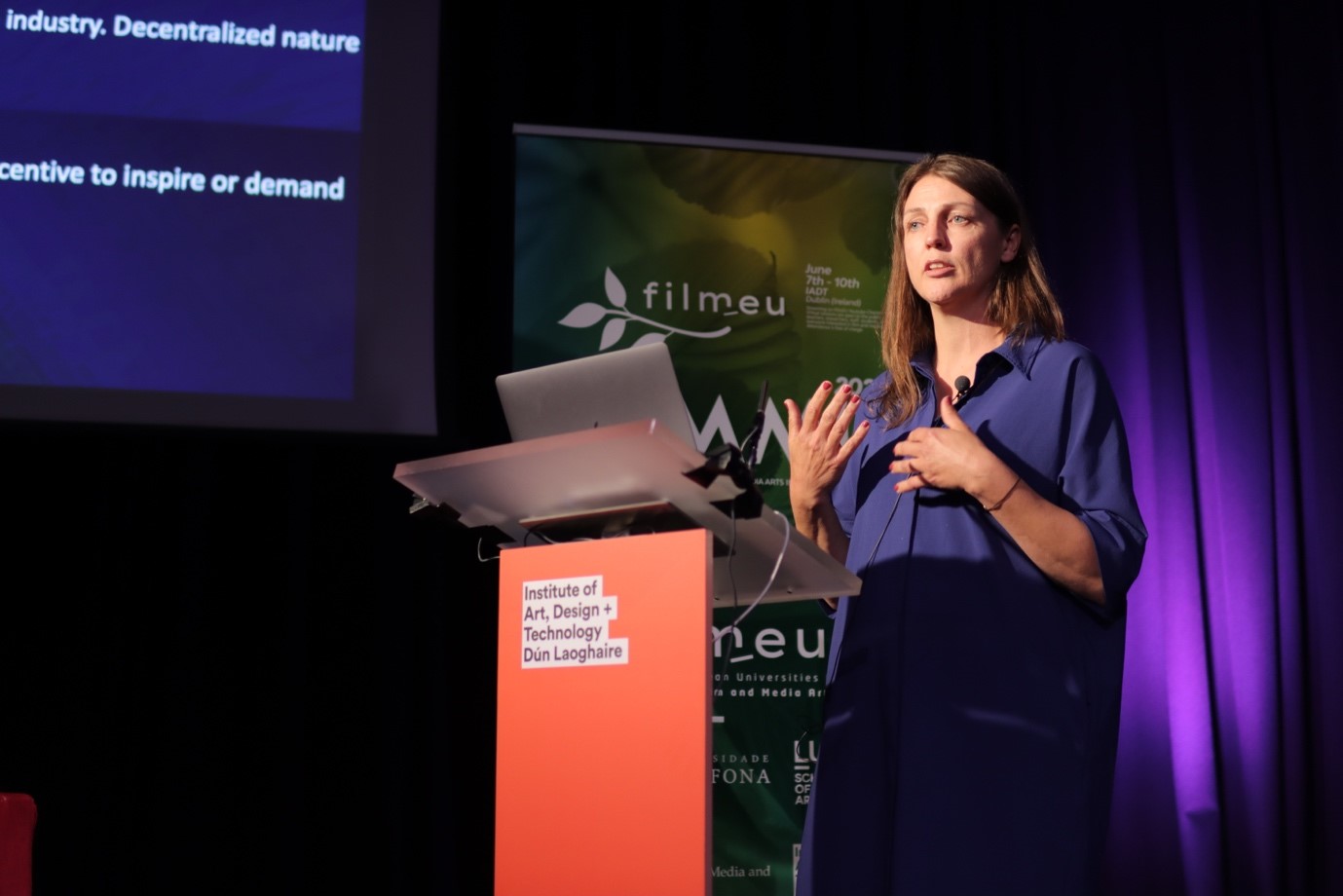 On the education panel we had Ms. Geert Werkers from LUCA, introducing Sustainable Development Goals as defined by the United Nations, Ms. Mette Jellinge and Mr. Henrik Højer presenting the outcome of a sustainability project at VIA university, Denmark and Elen Lotman from BFM in Estonia. 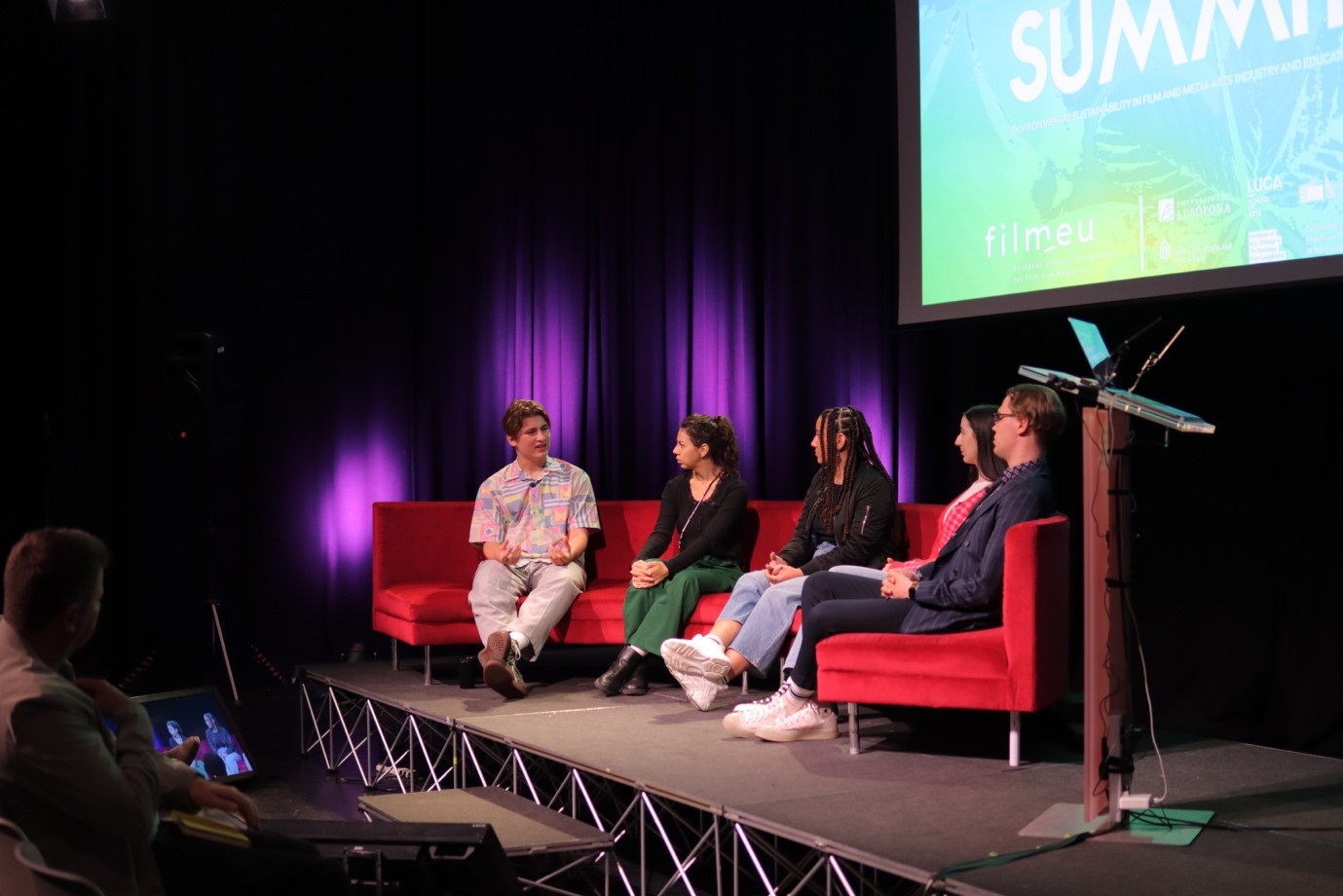 Anastasiya Maksymchuk (Lusófona University, Portugal), Lennart Mathias Männik (BFM, Estonia), Lukas Martens (LUCA, Belgium), Aoife Dowd Bedidi (IADT, Ireland), presented at the Students Roundtable. The student guests shared sustainable practices that exist within their schools and from working and the challenges they face. Additionally, they spoke on what their countries are doing to promote sustainability within Film and Media and what they think future students going into this industry should be thinking about. The session was moderated by Stella Carneiro (Lusófona University, Portugal).