From being a student to an awarded filmmaker in one year: challenges of first-person filmmaking - 17th May 13H CET 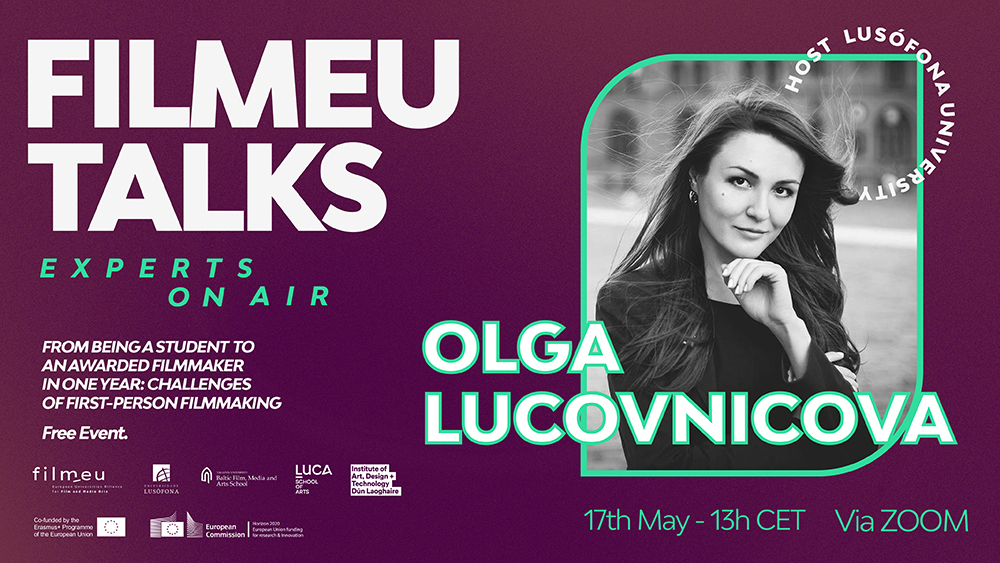 From being a student to an awarded filmmaker in one year: challenges of first-person filmmaking

Olga Lucovnicova (Moldova, 1991) is a Belgium based documentary filmmaker and aspiring researcher in the field of audiovisual arts. She studied six years of cinematography at the Academy of Arts of Moldova and two years of documentary filmmaking at DocNomads, an Erasmus Mundus Joint Master Program delivered by a consortium of three prominent European universities across three countries: Portugal, Hungary and Belgium. Currently, Olga pursues her studies in film at the doctoral school at KU Leuven University. She was awarded an FWO (The Research Foundation – Flanders) fellowship for fundamental research for her personal doctoral research project on post-memory in the post-Soviet society and its research through first-person documentary film.

Olga moved to Belgium in September 2019 to pursue her studies at LUCA School of Arts. Her graduation film "My Uncle Tudor" produced in Belgium, premiered in Berlinale in 2021 and was awarded the Golden Bear. "My Uncle Tudor" also won the European Film Academy Award, which is the European equivalent of the Oscar. The film travelled to over 40 film festivals and was awarded many important awards like the Golden Chair for Best Short Documentary at Norwegian FF, Best Short Documentary award at Ismailia IFF in Egypt, Big Stamp for Best Short Film at the ZagrebDox FF in Croatia, Best European Short at Sarajevo FF in Bosnia and Herzegovina, Best Director at Astra FF in Romania, Best Short Documentary at Guanajuato IFF in Mexico and many others.

Did you miss the broadcast? You can watch it anytime on the FilmEU Youtube channel.