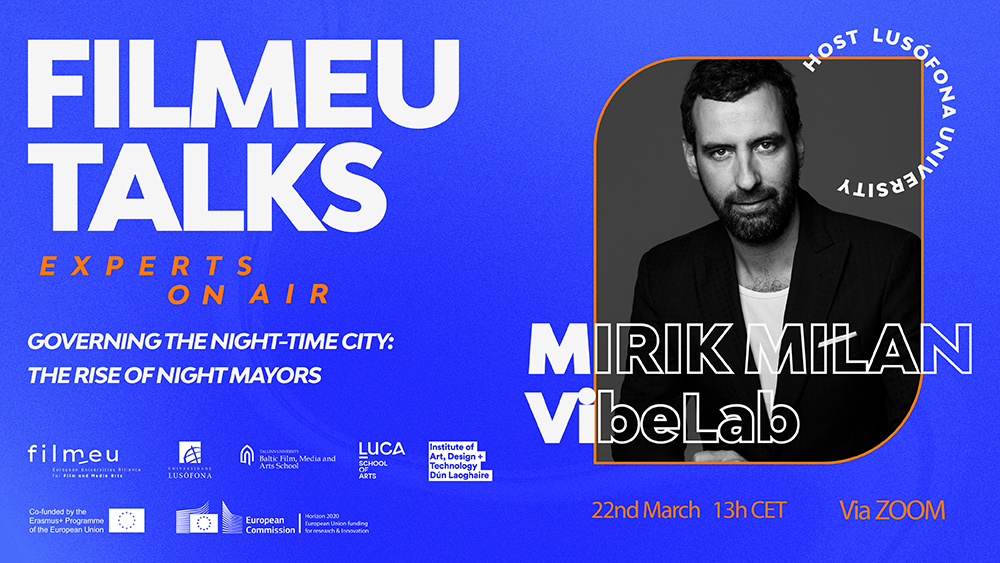 As one of the first night mayors in the world, Mirik Milan has played an instrumental role in the reshaping of Amsterdam’s nightlife scene into one of the most vibrant and economically robust in the world, and his innovative position is been replicated in major cities around the world, like New York, Paris and London.

Nowadays Mirik Milan is a nightlife consultant, co-founder of VibeLab and author of the paper ‘Governing the night-time city: The rise of night mayors as a new form of urban governance after dark’. In January 2020 the journal Urban Studies released this first qualitative study on night mayors around the world. To date 65 cities installed a similar position in their cities in the recent years.

The CFP is a data drive initiative that maps and indexes creative space to measure the impact of nightlife and cultural activity on cities globally. The methodology goes beyond economic impact, prioritizing original content, interdisciplinary connections, and cross-functional spaces for thriving local scenes. CFP empowers grassroots movements that fuel innovations for the creative and cultural industries. The study benchmarks cities to better understand the health and mechanisms behind successful creative places. CFP was conducted data mappings of Berlin, New York, Tokyo and Stockholm is forthcoming.

In 2020 VibeLab launched an online hub of international knowledge exchange, for anyone interested in the planning and protection of life after dark named: Nightime.org.