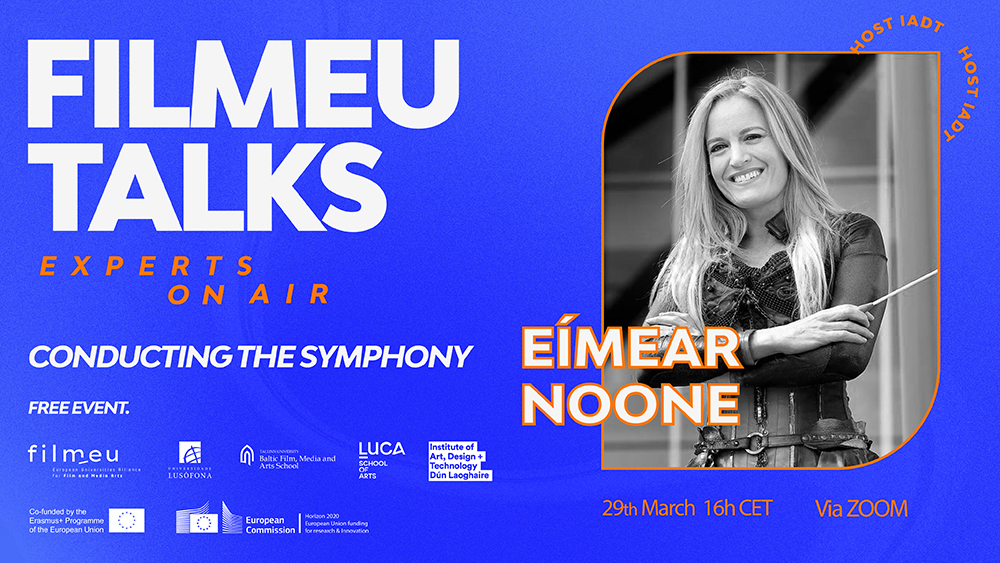 Eímear Noone is a Dublin based conductor and award-winning Irish composer, composing extensively for film and videogame. As one of the world’s premier composers of games scores, Eímear is responsible for some of the most enduring soundscapes on World of Warcraft and other best-selling video games. Through her music on World of WarCraft, Eímear’s music has reached over a 100 million people and continually inspired players to invent and build new worlds for nearly 15 years. Her composition portfolio of 26 film and video-game titles have received multiple industry accolades including the “Hollywood Music in Media Award” for “Best Video Game Score”.

Recently, Eímear composed the score for the animated feature film, ‘Two by Two: Overboard’, which topped the UK Box Office in October 2020. She has also worked on film scores for directors such as Gus Van Sant and Joe Dante, orchestrating for Oscar nominee Javier Navarrette (composer of “Pan’s Labyrinth”) creating haunting music for thrillers Mirrors and The Hole.

Alongside composing, Eímear conducts orchestras worldwide – notably in 2020, Eímear made history by becoming the first female conductor to perform at the 92nd Academy Award’s ceremony.

As a leading conductor of video game programmes, Eimear has conducted orchestras including Royal Philharmonic Orchestra, BBC Concert Orchestra, Singapore Symphony Orchestra and Danish National Symphony and she was chosen by Nintendo to conduct the first ever 3D filming of a game score and has recorded game scores for Sony Interactive. She has also toured as conductor for The Legend of Zelda, Symphony of the Goddesses, a full four-movement symphony created from the themes from this iconic videogame. Eímear was invited to conduct on the 25th Anniversary recording, which set industry records for soundtrack sales.

The event is free, but registration is mandatory. Link here.